Netflix may not be the first place you look for a boost of creative fuel, but maybe it should be. Their design documentaries, from the Abstract series, which returns for a second season soon, to The Creative Brain, are among the most insightful, inspirational places for creatives to gain perspective and get a glimpse of the creative processes of others. But be warned, this isn’t the usual Netflix experience: You may be too inspired to chill.

Abstract: The Art of Design

Minimalism: A Documentary About Important Things

The case for or against minimalism is an ongoing design debate—applied to everything from app interfaces to logos and advertising campaigns. This 2016 documentary from self-described “minimalist” filmmaker Matt D’Avella examines the roots of the aesthetic as a reaction to modern consumerism and media overload. It also examines how the trend has led to new movements such as decluttering and simplified ways of living—all of which can be brought into focus as insight when designing for today’s cluttered interfaces.

This documentary showcases the life and work of eccentric American fashion designer Jeremy Scott—known primarily for his wild designs for Adidas and Moschino. He’s worked with countless celebrities and many of them—including Miley Cyrus, Rihanna, Lady Gaga, and Katy Perry—make an appearance. The film covers his journey from Missouri farm boy to the creative director of Moschino and dozens of creative campaigns. One highlight: how Scott uses criticism to fuel his creative process.

Floyd Norman is an American animator, writer, and comic book artist. He’s worked for a lot of top companies in the business, including Disney, Pixar, and Hanna-Barbera. He became Disney’s first-ever African-American animator in 1956. After founder Walt Disney’s death, he left to start his own company, which produced black history films for high schools. An Animated Life charts Norman’s continued impact on the industry and his battle against ageism.

Enabling us to tap into the full potential of our creative minds is the goal of this 52-minute doc, so if you ever struggle with finding inspiration, then this is the documentary for you. Neuroscientist David Eagleman explores the notion that “creativity doesn’t mean creating something out of nothing. It means refashioning something that already exists.” In exploring this concept, he interviews accomplished professionals from across the creative spectrum—from pottery to nanotechnology—and demystifies their creative process in a way that makes logical sense. The results are truly astounding and will make you think about your design work in a new way.

The Toys That Made Us

This quirky series (with three seasons and counting) explores the creation of some of the world’s most iconic and recognizable toy franchises with the minds behind them. Toys aside, the series provides insight into how creative ideas and design decisions lead to crafting classic products with memorable experiences that stick with users long after they’re done using them. Among other franchises explored in the series include Star Trek, Transformers, LEGO, and Hello Kitty. 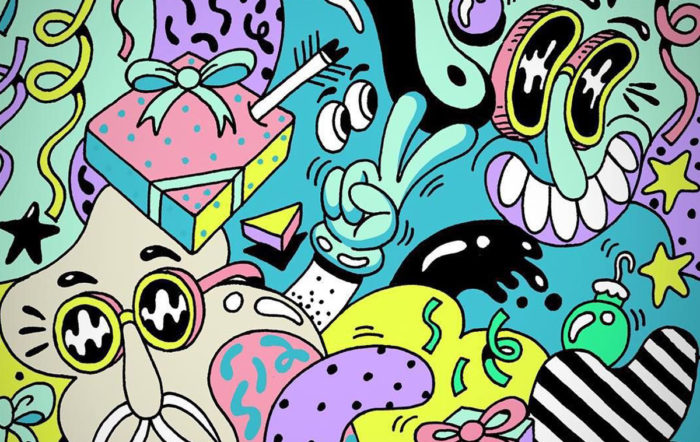