In the early 2010s, though he was fresh off the release of two successful books, designer Nathan Barry wasn’t quite satisfied. He was encouraged by the public’s response to his work, but he didn’t want to continue endlessly chasing one-time purchases, so he set out to create a subscription-based SaaS company. Plenty of entrepreneurs have taken the same path, right?

But the methods Nathan used to build this company were radical, to say the least. Or at least radically transparent. His intentions, announced in a well-publicized blog post, were to create a tool (one yet to be determined) that would generate $5,000 of revenue within the first six months. He was going to blog through the entire process, sharing details about everything. His business would be built in public.

The phrase “building in public” refers to the business practice of taking an audience along for the ride as entrepreneurs develop a product or service, even before it’s ready for primetime. The builders aerate their ideas and incorporate helpful feedback, eventually sharing early versions of their work and honest updates on their processes, to ensure the finished product is solid. Building in public amounts to a two-way conversation—I’m making something here, what do you think?

But why expose yourself to potential criticism? What’s the thought process behind building in public?

Why build in public?

Everyone knows how secretive Coca-Cola is with its legendary recipe—building in public is the opposite of that. But some modern entrepreneurs see value in sharing all the details: everything from beta versions of products to employee salaries, website traffic numbers, and monthly users.

Building in public is all about embarking on a journey, learning along the way, and encouraging your audience to learn from it, too. The practice helps to get your audience on board with your why, the reason behind your product or service, before your what. Building in public is an uncomfortable path for some, but the transparency can help to form a really solid relationship with the audience, turning viewers into customers and customers into fans.

Who is building in public?

Buffer, a social media management toolkit, is one of the pioneers of the transparency movement. The software company’s roadmap is public, available for anyone with an Internet connection to see. The company has also pushed for transparency across the ecosystem—it influenced Baremetrics, a subscription analytics company, to lead the Open Startups initiative. Over 20 participating companies (including ConvertKit, the company that Nathan eventually founded, which is now generating nearly $3 million in monthly revenue) share their metrics with the public.

When Buffer became a company built in public, it let its community make suggestions the company could prioritize—including two features that improved Buffer’s business product. “In the process of building a new reporting feature for Buffer for Business, we needed some feedback and shared this wireframe in an email to the community,” read a post on the company’s blog. “I was amazed to… see all of these comments!”

Another powerful example is ProductHunt, a site that helps its audience share and discover new products. In 2014, Ryan Hoover, the company’s founder, wanted to improve his site’s commenting system. He knew his prototype wasn’t finished, but decided he was ready for some feedback, anyway. Within a day, he had dozens of comments from people in his community sharing their ideas and reactions with him. Those site users made suggestions regarding the copy (they preferred the word “made” over the word “created,” for example) and the site’s design (they wanted each product page geared around a “focal point”).

Later, Ryan wrote on his blog that by acknowledging his users’ preferences, their loyalty to ProductHunt increased. He also appreciated the fact that he got feedback early on in the process from fresh eyes, and that he got his audience excited about ProductHunt with a sneak peek. (Plus, he set a great example for all the companies that want to be featured on ProductHunt!)

Finally, you don’t have to be a SaaS company to build in public. Nebullam, an indoor farming company based in Iowa, started its journey to transparency after co-founder Clay Mooney judged a local entrepreneurial competition.

“A brilliant, college-aged founder stepped up and delivered their pitch. After their pitch and during questions from the judges, a fellow judge asked them to better describe their product, as he was having a hard time visualizing it,” said Mooney. “The founder’s response was, ‘For IP reasons, I can’t reveal that information.’ I was shocked… that’s the complete opposite approach of what we need to build a cohesive and open startup community.”

It turns out most of the students who Mooney was judging were getting their information about startup management from people who weren’t startup founders, and this was impacting their success. Mooney says one of the unexpected benefits of building in public was to his mental health, since he no longer felt compelled to keep negative thoughts bottled up. The founder’s journey can be filled with both disappointments and successes—by sharing both, Mooney says he was able to clear his mind and help others avoid his mistakes.

Are there risks to transparency?

So… when you build in public, what’s preventing someone from stealing your ideas for their own products or services?

The truth is nothing, really.

Some people might not be comfortable with building in public because they’re afraid of their ideas, left unguarded in the open, being stolen. Once any product or service becomes popular, even if it wasn’t built in public, it’s normal to see copycats. But what no other entrepreneur can copy is the product’s execution and the connection the business has with its audience. And sometimes, competition can actually benefit all the companies in a given space, as it helps to validate the need for that service.

Arvind Kahl, a successful entrepreneur, shares his learnings in his books Zero to Sold and Embedded Entrepreneur. In his opinion, businesses can reach a point where transparency hurts them more than it helps, but it all depends on where the company is in its journey.

“At some point, (building in public) can turn into a disadvantage,” Kahl writes. “You’ve validated a lot of things painfully for your business, and then someone takes all your knowledge you have so graciously shared and builds a competitor.” A startup, Kahl says, benefits from building in public more than a Fortune 100 company does, as it helps the brand educate its new audience and build those relationships early in the process.

But in the end, there’s much more to a successful business than an initial idea. Creating a product is one thing, but properly marketing it and building an enthusiastic community around that product is another thing entirely. So, sure, there’s a risk that someone might jack your ideas if you’re incredibly open about them. But the gains that public builders see in both audience loyalty and the improvements to the product should outweigh that risk considerably.

Back to Basics: What is Digital Marketing?

How Marketers Are Establishing Themselves on Clubhouse 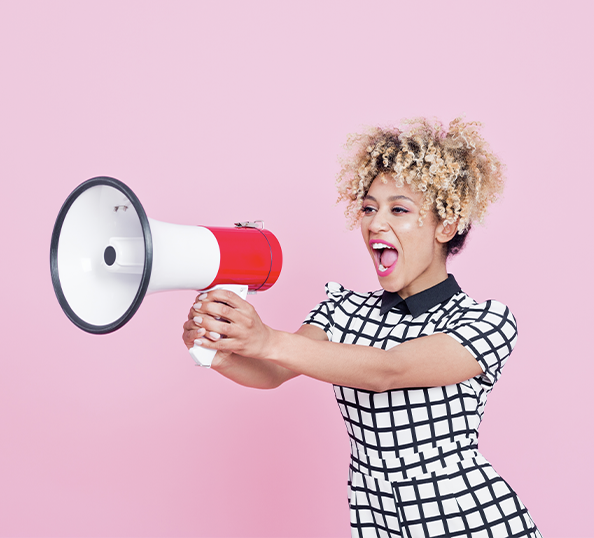 How to Promote Yourself with Dignity