Are we just a few steps away from the Seattle Kindles?

Corporate sponsorships have been an intrinsic part of the American sports experience for some time now—but for a while, brand logos were limited to the boards around the hockey rink or the perimeter of the basketball court.

But no more. Accelerated by a global pandemic, ads on sports uniforms have gradually and steadily gotten more prominent and intrusive. There’s likely no way to put the genie back in the bottle at this point. But how did we get here? And how cluttered are these uniforms likely to get?

Before the mid-2010s, ads were limited to the environment of play, rather than the players themselves. Professional soccer, NASCAR, and the international leagues of some other sports are exceptions—their uniforms have prominently displayed ads for years. The NBA became the first American league to break that barrier in 2017, allowing teams to splash advertising patches on uniforms. All 30 teams now wear a sponsor’s logo on the left collarbone area, opposite a Nike swoosh that represents the uniform’s manufacturer. A prominent manufacturer’s mark is another first for the NBA—previous manufacturer Adidas did not have a notable logo on the uniform.

Initially intended to be a three-year pilot program, the NBA decided to make the program permanent. The patches are a pretty substantial source of revenue for each team—jersey patch deals now net the clubs around $10 million per year, with the Golden State Warriors reportedly netting a league-high $20 million each season.

And when you’ve lost billions of dollars in revenue from tickets and in-arena sales, every bit counts. The NBA will now rely on these patches even more than before, in order to offset pandemic-related revenue declines. Based on an anonymous CEO’s interview with Uni-Watch, teams are reportedly getting aggressive in seeking out big-time sponsors for big-time money. That CEO, who leads a major lifestyle brand, says he’s been approached by six different teams about a partnership.

“You’d be foolish not to at least have the conversation and hear about the offer,” the anonymous CEO told Uni-Watch. “To be honest, they’re very expensive. I was floored by the expense and the cost.”

In addition to the patches on game uniforms, the NBA recently approved a measure that allows teams to place larger ads on the uniforms the players wear for team practices and shootarounds. These ads are less controversial—it’s only practice, not a game—and many fans don’t ever see the team in its practice uniforms, save for occasional footage shared on social media by the teams or beat reporters.

But this move represented an incursion on one of the last ad-free spaces in professional basketball. Will there be more ads on uniforms? Not yet, says Matt Wolf, a senior vice president in the NBA’s team marketing and business operations department.

“As a league, we are always monitoring what’s going on in sports and other industries. Listening to teams and fans, we do our best to remain open-minded,” Wolf said. “Over time, we’ll continue to be open-minded in terms of revisiting rules and guidelines.”

If the NBA is keeping an eye on other sports, it might be interested in a recent move that the NHL approved. In late December, the league announced that for the 2020-21 season only, teams are allowed to display ads on the players’ helmets in an effort to recoup revenues lost to the pandemic. Since the directive came with less than a month to go before the start of the new NHL season, not all teams have struck deals yet, and many of the ones who have are partnered with the brands that already hold the team’s stadium naming rights.

Again, this change is only for the upcoming season, specifically to offset losses from a disrupted 2020 season. But the patches will undoubtedly generate significant funds for the teams that implement them, which means they’re probably here to stay. Keen observers also noticed that when Adidas took over the manufacturing of NHL uniforms in 2017, the company’s redesign of the NHL jersey template seemed to leave open space above the team logo for an ad patch in the future.

Now, some might be wondering: why is any of this a big deal? A patch no bigger than a few square inches wide does nothing to change the way the game is played, nor the abilities of those who play it. If ads increase the long-term viability of the league, why are they really such a big deal?

Well, for starters, the uniform is a tangible piece of sports, something from the game that the average fan can own. Many remember the joy they received as a kid, unwrapping their favorite player’s jersey at the holidays. Seeing that clean look, that expression of graphic design, that piece of the game “tarnished,” in a way, can be disheartening. Clutter is ugly, for one, but also, there’s increasingly less and less ad-free space anywhere anymore.

And secondly, the patches serve as a reminder that above all, these leagues care about making money. It’s no fun to hear, but that’s the primary interest of the each league’s shareholders. So for the graphic design purists who hate to see these community symbols cluttered by the logo of the highest bidder, it might just take some getting used to. 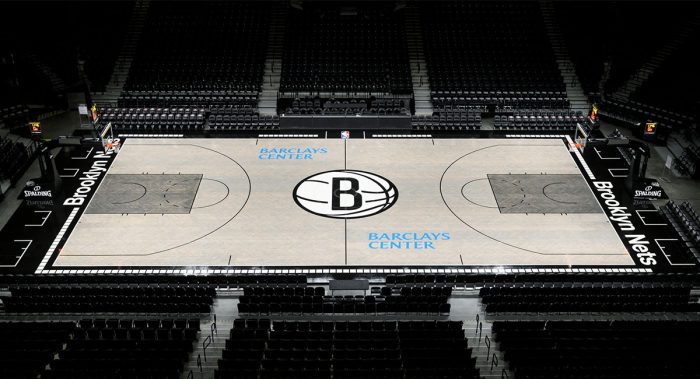 Learn how we can help