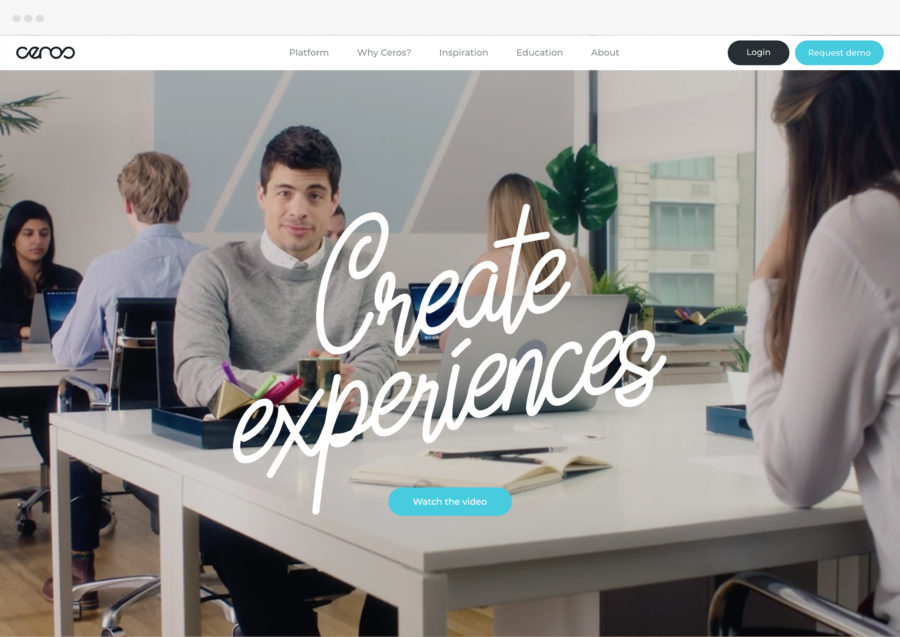 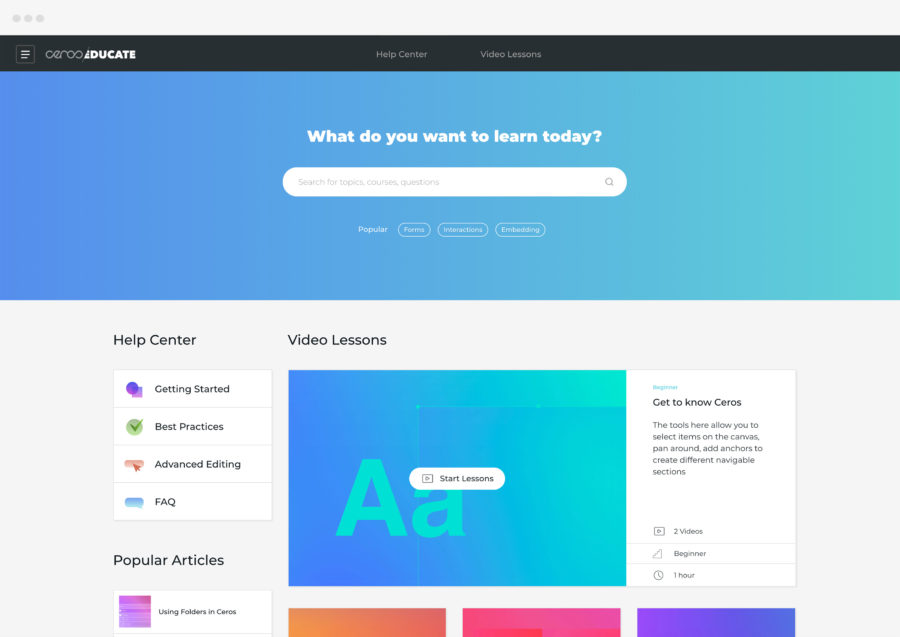 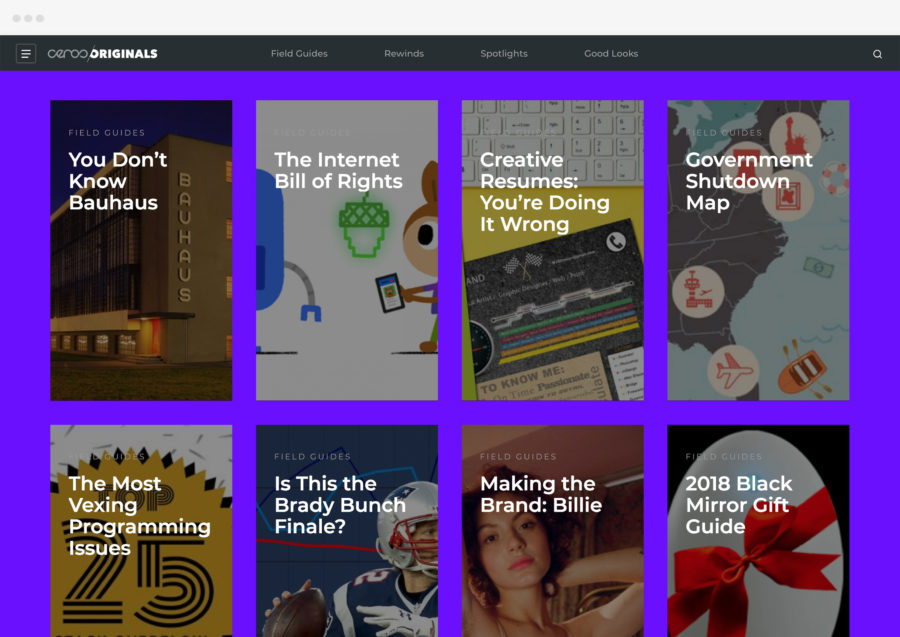 GMMB has a reputation for mission-driven work. From Barack Obama’s first presidential campaign to its fight with the tobacco industry, the advertising agency’s design efforts have helped bring public awareness to a myriad of social issues. Since the murder of George Floyd in May, however, its biggest battles have been internal, regarding diversity.

In a recent article for Ad Age, 26 Black advertising professionals detailed the racism, emotional abuse, and microaggressions that they say they endured while working at various agencies, including GMMB. Some wondered whether the noble nature of GMMB’s work stifled certain internal conversations about racism.

“I’ve heard several times a white partner say, ‘We worked with Nelson Mandela, so we can’t be racist,’” one former GMMB employee shared. “It was equivalent to a white person saying they can’t be racist because they have a Black friend.”

Advertising and design are sister industries—each with their own specific legacy of racism to confront—but GMMB is far from the only agency accused of racism. Diversity, equity, and inclusion efforts only make an impact on a work environment if everyone is equally committed to them working—in particular, if white employees are willing to question their own racial bias. We’ll look at some of the limitations of DEI efforts in the workplace now, and turn to BIPOC designers and professionals to learn what can be done.

The problem with hiring

In an anonymous interview with Digiday, a Black advertising executive spoke about her experience in the industry, addressing one of the disconnects of DEI efforts: “Everyone still says there’s a [talent] pipeline problem,” she said. “There aren’t pipeline problems.” The talent is out there—and there are quite a few nonprofits and programs out there to help find it and support it, like the One Club, which advocates for BIPOC creatives. So, what’s preventing the dots from connecting?

“It’s just that there are still a lot of white people who don’t want to hire a person of color who would quite frankly kick their ass and do a lot better at the job,” the anonymous executive said. “I’ve been in too many jobs where mediocre white men keep failing up and no one does anything because when you do say something you’re the angry Black person.”

More disturbingly, what they found was that discrimination against Latinx applicants had only diminished slightly in the last 25 years, and discrimination against Black applicants hadn’t diminshed at all. These findings are in line with other research that shows how implicit bias and colorist stereotypes are just as entrenched as they’ve always been.

How the design industry needs to change

There’s a need for diversity and inclusion in design because design, after all, is partially responsible for upholding certain systems of oppression and also has the power to help change cultural perspectives. In a panel conversation during the Where are the Black Designers? conference, design anthropologist and the dean of design at the Ontario College of Art & Design Dori Tunstall explained that the first step toward making the design industry more inclusive—in particular, inviting Black designers into the field—is to question, and ultimately dismantle, the notion of what design is in the first place.

She used her design school’s hiring process as an example. This past June, Tunstall announced that OCAD would hire five tenure-track faculty members who identify as Black to help address “the Faculty of Design’s 144 years of Black underrepresentation.” The school did a similar cluster hire in 2018, hiring five Indigenous faculty as part of OCAD’s academic commitment to decolonize. OCAD, practicing what it’s coined as respectful design, understands that commitment as such: “Decolonization is Indigenous land sovereignty, which requires liberating design from the modernist project.” In 2019, Tunstall referred to this particular cluster of Indigenous designers as reparations to Indigenous communities. “There’s a price we must pay,” she said. “There are active ways in which we are trying to make amends. That’s the cost of that—but the dividends of that are priceless.”

This Black cluster hire has a similar reparative goal, and it’s challenging the narrow interpretation of austere, European graphic design at the same time. The cost to OCAD is small, as Turnstall notes, but the dividends can be significant.

“When we did our Black cluster hire, we didn’t ask for a graphic designer, an illustrator, or whatever,” she said during Where are the Black Designers. “Because when we’ve done that, we’ve been quite unsuccessful in bringing Black diversity. Instead we asked, ‘are you interested in Black speculative futures? Are you interested in hip-hop aesthetics as it relates to business and design?’ We asked, ‘are you interested in telling multi-sensory stories of Black representations?’ Because people may not identify themselves as a graphic designer or an illustrator or a UX designer, but if you are in the Black speculative futures community, guess what? You are doing design, right? They’re doing the same thing, with the same tools and the same sort of engagements, just a different framework.”

For those who think that making systemic, lasting change sounds like a big hurdle to overcome, it isn’t—as Tiffany R. Warren, Omnicom senior VP and chief diversity officer and the founder of AdColor, said to Ad Age. It quite simply starts with listening to BIPOC professionals and empowering them.

“I want to be really clear: It’s not that difficult,” Warren said. “It’s about recognizing and considering people of color in ways that their white counterparts are being considered. It just takes a quick audit and review of who’s within your agency now, who’s ready for that step up.”

The anonymous Black advertising executive who spoke to Digiday similarly stressed that change should come by giving agency to BIPOC professionals within an organization. “If you run an agency, whether it’s five people or 500 people, at least 5% of your organization should be Black—13% of the U.S. population is Black,” she said. “If that’s not the case, you need to first fix that. Then, ask the people of color in your organization what to do and do what that person says—but understand that that person’s opinion isn’t everyone’s opinion. I told my client this morning, ‘my opinion does not represent every black person.’”

To the anonymous executive’s point, there’s a big discrepancy right now in numbers, and that’s really the first issue that needs to be addressed. The goal of every design firm right now should be to fix the underrepresentation of BIPOC designers, in particular Black, Latinx, and Indigenous designers, who are conspicuously absent. According to the 2019 AIGA Design Census, only 29% of designers identify themselves as non-white.

Want to dive deeper into the numbers? Check out our interactive infographic on diversity in the design space here.

How the workplace is changing

Race and ethnicity statistics can be a bit basic. They don’t show, for example, the diversity of experiences that individuals can bring to the workplace, or how race intersects with ethnicity, class, and gender. They do, however, clearly reveal that big changes need to be made in terms of both hiring and retention.

Perhaps the design industry can follow the lead of 600 & Rising, a powerful nonprofit originally led by Nathan Young, a group strategy director at Periscope, and Bennett D. Bennett, a founder and principal of the consultancy Aerialist. 600 & Rising was formed to make lasting change for Black creatives in the ad industry, but it started with just a letter. In June, Young and Bennet spearheaded an open letter to ad agencies calling for change and asking for greater representation of Black leadership. It was signed, at first, by over 600 Black professionals.

In the letter, Young and Bennett outline 12 steps to make advertising more inclusive:

This call for action garnered various responses from agencies—for the most part, they’ve been positive. Many responded by releasing their diversity data and making specific and time-bound commitments to change—others, like Omnicom, have yet to respond at all. In an interview with Ad Age, Young explained that the power of these 12 steps lies in the specific and comprehensive scope. “Specificity is incredibly important,” said Young. “and the other thing I would say is important is transparency. You cannot change what you cannot measure.” Measurable goals, he said, are “what diversity, equity and inclusion has been missing in this industry the entire time.”

Since formalizing the nonprofit structure and status of 600 & Rising, Young has stepped down from his role as president after directing mean spirited, divisive comments towards Warren’s organization Ad Color. While Young is no longer a part of 600 & Rising, the organization still has the same mission, and plans to work together with AdColor and other advocacy groups to change the industry.

How to talk about whiteness

As Anoushka Khandwala writes in Eye on Design, workplaces can do a better job of appreciating the multicultural and multiethnic experiences of their employees by taking an intersectional and transparent approach to hiring—and then, by creating a culture of solidarity. Research has shown that any group that has fewer than 15% of representation can be tokenized. Tokenization puts undue stress on individuals—it can lead to serious medical and mental health issues. One way of mitigating feelings of tokenization is to provide avenues of support—mentorship programs, task forces, clubs—and another is to encourage cross-racial conversation.

When it comes to creating diverse and inclusive environments, ultimately, the thing that needs to change is whiteness, and the ways in which whiteness gets talked about. In order for DEI efforts to work, white leaders need to be involved and acknowledge their own implicit biases, which are at the root of so many unquestioned preferences about design and work.

Nimra Haroon, a former employee of GMMB, told Ad Age that when she was a member of the DEI team at the agency, she never saw a white partner or leader at the company participate. “The issue with that is putting the burden on people of color,” she explained. “While they need to be part of the conversations, they shouldn’t be bearing the brunt of them. We need white allies in these spaces.” Khandwala recommends that if your organization is having trouble making spaces where people can talk about whiteness, consider hiring a D&I consultant to encourage honest and vulnerable conversations.

Or, take the approach of Della Matthew, an executive creative director at Ogilvy, who embraces challenging, personal, authentic conversations as part of the foundation of creating camaraderie in a diverse team. “I have a weekly meeting with my team,” she said in a panel organized by The 3% Movement, “where I really encourage them to tell me things that I don’t want to hear. ‘Tell me something that might upset you about what I’m doing, that somebody around you’s doing.’ We really try to work in a way that is really solution oriented, so that all of us have each other’s backs.”

As Matthew explains, the benefits of having those hard conversations around diversity can really show. “At the end of the day, it’s a fun career and it’s important to care about each other,” she said. “And I think that then ends up in the work.”

Inside the Design Industry’s Diversity Problem 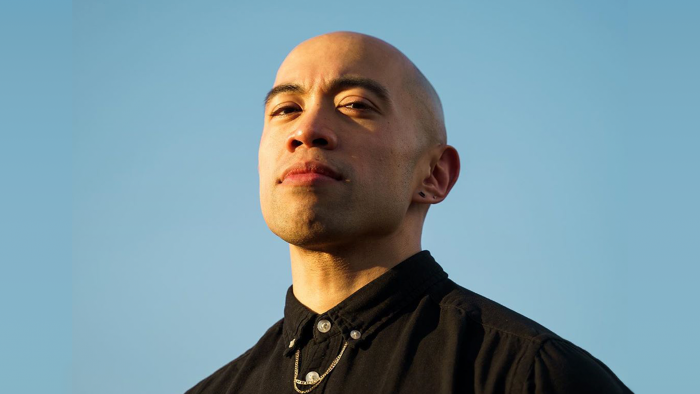 Rich Tu is Talking About His Generation

How to Support BIPOC Typeface Designers and Their Fonts