In 1982, when Ronald Reagan consigned Marxism and Leninism to the “ash heap of history”, he failed to consider the durability of the revolutionary design movements that were inextricably interwoven with those ideologies. Early Soviet graphic design, a movement marked by bold experiments in typography, hypnotic geometries, and surreal effects, is everywhere these days. Apparently Alexandria Ocasio-Cortez isn’t not the only one making socialism cool again.

The influence of the legendary designers and artists of that era never really went away, and it’s fair to say that their visual language has returned to the forefront. Have a look at the enduring legacy of three of the Soviet Union’s most remarkable graphic designers.

Alexander Rodchenko began his career as a painter, his work heavily influenced by the Cubists and Futurists. In 1921, however, he declared painting dead and turned his talents to helping the state, largely through graphic design and photography. Perhaps the most famous piece of graphic design of the Soviet era, his 1924 advertisement for Gosizdat, the state publishing house, features Lilya Brik yelling the word “Books!”

If it was the only thing Rodchenko had ever produced, his legacy would still be unquestioned. The image is everywhere, from literal quotations, such as the cover of Franz Ferdinand’s 2005 album You Could Have It So Much Better to the February 2019 cover of The Economist, which you can click through below.

Variations on that theme can also be seen in the work of Pentagram Partner Paula Scher, who created the visual identity and advertisements for New York’s The Public Theatre. This 1994 piece, The Diva Is Dismissed, seems to imagine Rodchenko’s original as seen from the front.

But Rodchenko’s influence hardly stops there. In many ways, the graphic identities of the 20th century would be unimaginable without his Constructivist advertisements that grabbed the viewer by the lapels. Consider these posters for the Russian state airline Dobrolet and Trekhgornoe Beer.

Vladimir and Georgii Stenberg studied engineering before turning to costume and set design, architecture, and seemingly everything in between. But the Stenberg brothers are best known for their avant-garde movie posters, combining surreal collage with mad expressionism. The Stenberg brothers’ influence is undeniable.

Another polymath, El Lissitsky woked as artist, architect, photographer, and propagandist in the first half of the 20th century. While the depth of his work is daunting, simply focusing on his revolutionary typographical treatments offer a sense of the Russian’s reach. Treating typography as a visual element in and of itself, Lissitsky managed to transform the written word into kaleidoscopic, rhythmic designs.

In many ways, Lissitsky’s typographic influence has always loomed large, as in Paula Scher’s 1979 poster for CBS Records, below. The KNOB Journal also pays tribute to the master.

And legendary graphic design Neville Brody, best known for his work on The Face, wears a love of Lissitsky on his proverbial sleeve.

10 Killer Google Fonts To Check Out This Month

7 Podcasts Every Creative Should Hear 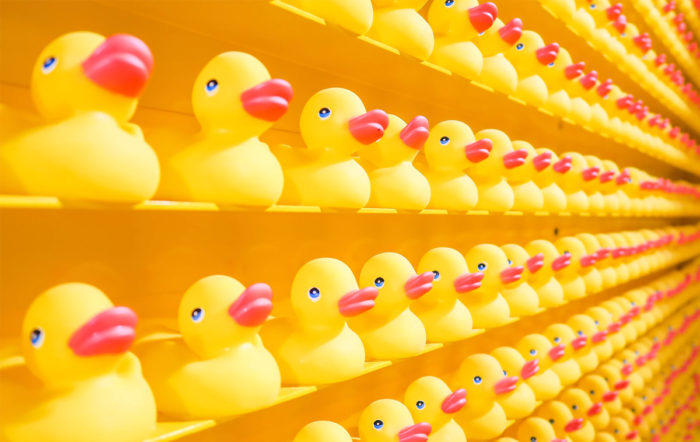