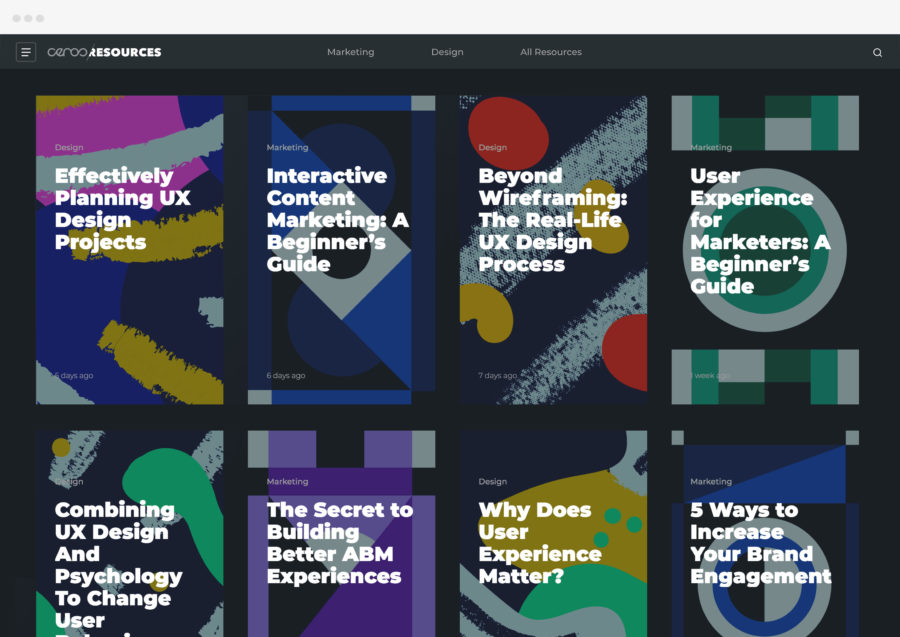 On Monday, the Academy of Motion Picture Arts & Sciences announced its nominees for the 2020 Oscars. Of course, everyone cares about the big awards, like Best Picture, Best Director, and who designed the dress that the best supporting actress is wearing. But visual folks like us also care—really care—about how a film looks.

So starting today, we’re going to take a look at the 2020 nominees through a purely visual lens, one category each week until the Academy Awards air on February 9th. We start today with the nominees for Best Cinematography.

Using history as a judge, we know that the Academy loves a good period film. So true to form, each of the films nominated this year are period pieces, spanning from the 1890s through the 1980s. The films capture entirely different landscapes and sceneries, including gritty, decaying American urban centers in the 1980s, countercultural Southern California, and the desolation and decimation of Europe in World War I. But all the films are united in vision: in different ways, each cinematographer brings a consistent, beautiful aesthetic to their respective movies.

Let’s take a look at the 2020 Oscar nominees for Best Cinematography.

Once Upon a Time in Hollywood (Robert Richardson)

When the nominees were announced, director Quentin Tarantino’s star-studded love letter to Hollywood was the odds-on favorite for Best Picture. That probably wouldn’t be the case if it wasn’t for Robert Richardson. The most decorated cinematographer of the nominees, Richardson has three Oscars to his name, one of only three living cinematographers with that distinction. Richardson rose to fame collaborating with director Oliver Stone—the pair worked on 11 movies together between 1986 and 1997, including three Oscar-nominated films (he won for JFK). The cinematographer has since spent the majority of his time working alongside directors Martin Scorsese and Tarantino.

Richardson cut his teeth on TV documentaries for PBS and the BBC and is known for bringing a documentary feel to the films. Once Upon a Time in Hollywood, which features a number of real-life characters (like Charles Manson and Sharon Tate), is largely fiction. But a number of the settings and events, like Tate’s home on Cielo Drive or her meal at Mexican restaurant El Coyote on August 8, 1969, were very much real.

Martin Scorsese’s epic (read: 210-minutes-long) story about Frank Sheeran, hitman for the Bufalino crime family and longtime associate of Teamsters boss Jimmy Hoffa, picked up an impressive nine Oscar nominations. It also marks the third Oscar nomination for frequent collaborator Rodrigo Prieto. The 54-year-old Mexican DP has previously collaborated with the director on Silence and The Wolf of Wall Street.

Prieto had to accurately capture the aesthetics of a number of different eras in American history at a fast pace, what he said was the biggest challenge on the project. Additionally, Prieto needed to accommodate perhaps the boldest move in film this year—using de-aging effects for flashbacks depicting septuagenarian Robert De Niro, Joe Pesci, and Al Pacino as the storyline flashes back and forth between decades.

Lawrence Sher seemed destined for an Oscar nomination, having cut his teeth alongside director Todd Phillips on… The Hangover?

Indeed, Sher and Phillips have collaborated six times in their careers, and three of those times were for the renowned Vegas booze fest and its two sequels. Like Phillips, Sher’s work in film up to this point has largely been in comedy—he was also the cinematographer behind The Dukes of Hazzard movie and I Love You, Man. Phillips once said he’d always work with Sher because of his work ethic and his fantastic eye. “He’s pretty much become my filmmaking partner. I talk to him about the making of the movie, not just the look,” Phillips said. “I run casting by him, he looks at cuts with me—Larry is pretty much my most consistent partner.” Naturally, the duo made the jump from comedy to drama together.

This film, of course, is anything but comedic. Sher and Phillips’s decaying Gotham City (1980s New York in every way but in name) is the breeding ground for Arthur Fleck’s alter-ego Joker, a nihilistic loner who seeks revenge on those responsible for his ostracization. Notably, the tall, narrow Bronx steps made famous by a scene in the movie are now, for better or worse, a popular meme and tourist attraction.

In one of the more disorienting films of 2019, Robert Pattinson and Willem Dafoe star as lighthouse keepers off the coast of New England who slowly but surely descend together into rage and insanity.

Compared to the other nominees, Jarin Blaschke is a relative newcomer to the field. He’s collaborated with Lighthouse director Robert Eggers once before, on 2015’s The Witch. But his relative lack of experience doesn’t show here. Blaschke captures Pattinson’s and Dafoe’s respective free-falls into madness in haunting, uncomfortable close-ups. Shot in black-and-white at a 1.19:1 aspect ratio (almost a square image), Blaschke’s visuals and the methods he used to film the movie only contribute to the mystifying vibe around the film.

You’d be hard-pressed to find a movie that’s more technically impressive from the past year than 1917. Stitched together to appear as if it’s shot in a single take, the film follows two British soldiers during World War I tasked with a dangerous trek across No Man’s Land to call off an attack they’ve learned is destined to fail.

Legendary cinematographer Roger Deakins is perhaps the most revered man in his field, and in each of his films, he shows why. Once denied admission at the National Film School in England—his photography wasn’t considered “filmic” enough—he’s since secured 11 Academy Award nominations and earned the respect of Hollywood’s heavy hitters. In addition to 1917, Deakins has collaborated with director Sam Mendes three other times: on Jarhead, Revolutionary Road, and Skyfall. He’s also well-known for his collaborations with directors Denis Villeneuve (Blade Runner 2049, his only Oscar win) and the Coen Brothers (No Country for Old Men and True Grit).

In 1917, Mendes and Deakins put together one of the best-looking movies of the year. Complete with a breathtaking tracking shot across the front line of battle and a visually stunning nighttime scene in a bombed-out French village, this is our pick for Best Cinematography.

A Creative’s Guide to the 2020 Oscars: Best Animated Feature

A Creative’s Guide to the 2020 Oscars: Best Visual Effects

A Creative’s Guide to the 2020 Oscars: Best Production Design